Froome to scare the hell out of Quintana but a nervy final day will see Quintana hold on.

After a weekend of ludicrously brilliant racing, yesterday’s Vuelta stage brought the GC showdown to a lull and today’s rest day allows for a longer pause for thought. Tomorrow racing resumes with – surprise, surprise – a summit finish on the Alto Mas de la Costa. You could argue the stage won’t play a role in deciding the classification but, on closer inspection, it’s got all the ingredients for more mayhem. It’s the day after the rest day, there’s a 21% section and the entire top five have reasons to ride hard. The following day won’t feature the GC contenders – a rarity in Spain – and could see the peloton slow to a crawl as they did on Stage 13. The varying intensity of stages has been a theme of the race so far. 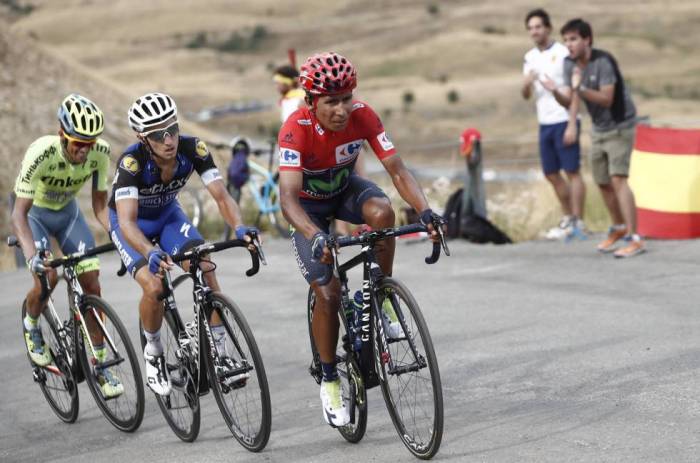